These are some of the local Orange County NY car shows I have been to in 2014 promoting and handing out the Vintage Car Show Magazine/Schedual.
There are car shows everyday of the week during the car show season March to Oct, get out of the house and off the PC to see some of these classics in person..
take the kids, take a date, take a camera and take some pictures-these cars are historic and the owners put in a lot of work to restore them, get out and support the car scene.
There are quite a few car clubs in the Hudson Valley also, and they often work-in fundraisers at their shows for Charities, Vets, etc. they donate their time and money to support the Cause what ever the cause may be. KUDOS for all the hard work

Its been a hell of a year trying to get to as many car shows that i can to promote the first Vintage Car Show Schedule.
Thanks to all the Advertisers/Sponsors who made this mag possible, you got ur money worth like i promised and more.
what started out as an initial printing of 3000 magazines turned into 5000 +, which got personally handed out by me at
all the car shows i attended in the 5 hudson valley and surrounding counties, as well as some local establishments.

I am trying to get all summer things in order this winter …to upload car pics and car shows etc..
if you want to advertise in this year i am looking at a printing run of 10,000,
i have a few deals for car show clubs and a few for businesses who are will to show their support and
promote the mag by posting a banner at their shows or biz, i have two types of signs ,2×4 banners and 1×2 yard signs.
ADVERTISING
also if in the area call me at 764-0352 . 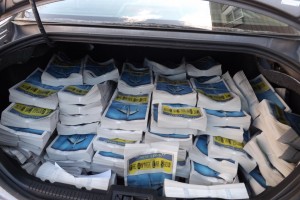 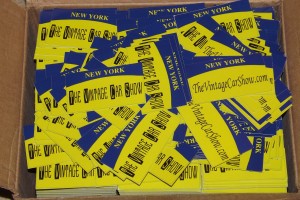 The snow is over, hopefully, and the car show season has begun!

The Vintage Car Show will be making an appearance filming footage for one of its future shows and new series at the 2014 New York City International Auto Show being held at The Javits Center on April 18th to April 27th.

While mostly everyone at the 2014 Javits Center Car Show will be looking at new cars, The Vintage Car Show will be there working on an episode about the evolution of the automobile and the technological advances that have led us from the bicycle to the automobile of today.  Just remember that before we were riding around in cars, we were riding around on bicycles.  We’ve come a long way, baby!..( OVER 20 THOUSAND VIEWS ON VIDEO BELOW

The Vintage Car Show website offers several things for the car lover, such as a car show schedule magazine, a website with plenty of automobile-related articles, and a database of over a hundred thousand pictures through which to browse. The website also offers several nationwide automotive databases where you can locate and list your automotive-related company and your local car shows. This is all to gain publicity for the television/web series that is in the works.

Be sure to visit the Vintage Car Show website to see where you can pick up a copy of the 2014 car show schedule and watch clips from all the car shows we attend during the 2014 season @ www.thevintagecarshow.com. Better yet, grab the family or come yourself to a car show in your area. It’s a great way to spend a day!

The Albany, NY Auto Show took place on March 7th through March 9th and featured over 160 vehicles represented by 30 manufacturers from the auto industry.  This show highlighted what is in store for the consumer in 2014.  But, who cares about all the other cars?   The Dodge Dart (yes!) and The Ford Mustang were my favorites.

Though the 2014 Albany car show featured many newer cars, two of the older-named cars struck my fancy. The first was the Mustang! Who can forget the Mustang? It has been one of the most popular cars and one of the most desired among collectors for over the last fifty years. While keeping in line with the traditional design and even replicating the 1965 grill on the side, all I can say is that it’s awesome. I don’t know what size the motor is or how much tork the tranny has, or if it’s a four-wheel drive. Only a real car guy would know. As a car buyer, you will love it for the name and look and it certainly does look good.  If you get to drive it, you will still feel like you’re driving around in a classic Mustang, because you are! No other classic has held up this long while maintaining its beauty and style the way the 2014 Mustang has. It still lives up to its legendary name on its 50th anniversary.

The second car that I admired was the Orange Dodge Dart.  As a young man, it wasn’t one of my favorites. Maybe it is partly nostalgia for the name that has stuck in my head all these years, but it looks all grown up now and has come a long way from the square box that it used to be.  Now it looks like a reputable rival to any of the models that are out today.   I am sure there are some fans out there, even though it was always known for its odd color choices throughout the years.  The Dart would not disappoint you. Even though I loved the Mustangs, I was really impressed with how the Dart has evolved into a real car.

Be sure to check out the next article on the up-coming 2014 New York International Auto Show which is being held at the Javits Center on April 18th – April 27th.  I will be there filming and writing articles for my new series called The Vintage Car Show.  My next article will be about Resto-Mods, a fairly new trend that is catching on.

If you would like to see more pictures, Visit my website at www.thevintagecarshow.com and keep up with all the latest car shows in the area and see how these two classic cars have evolved over the years 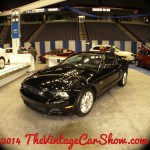 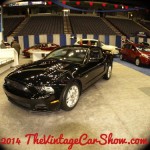 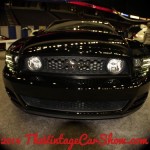 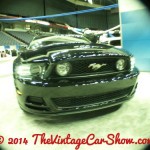 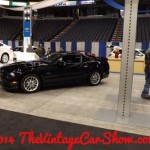 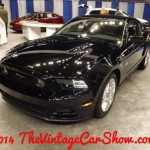 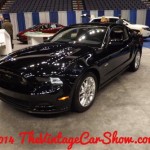 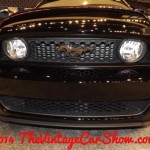 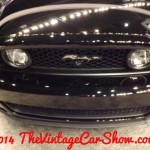 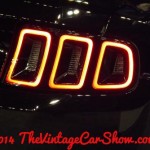 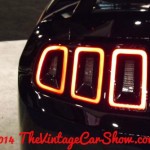 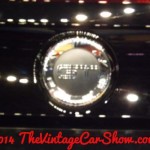 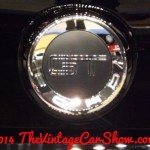 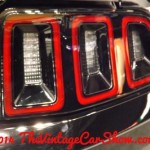 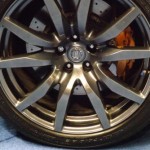